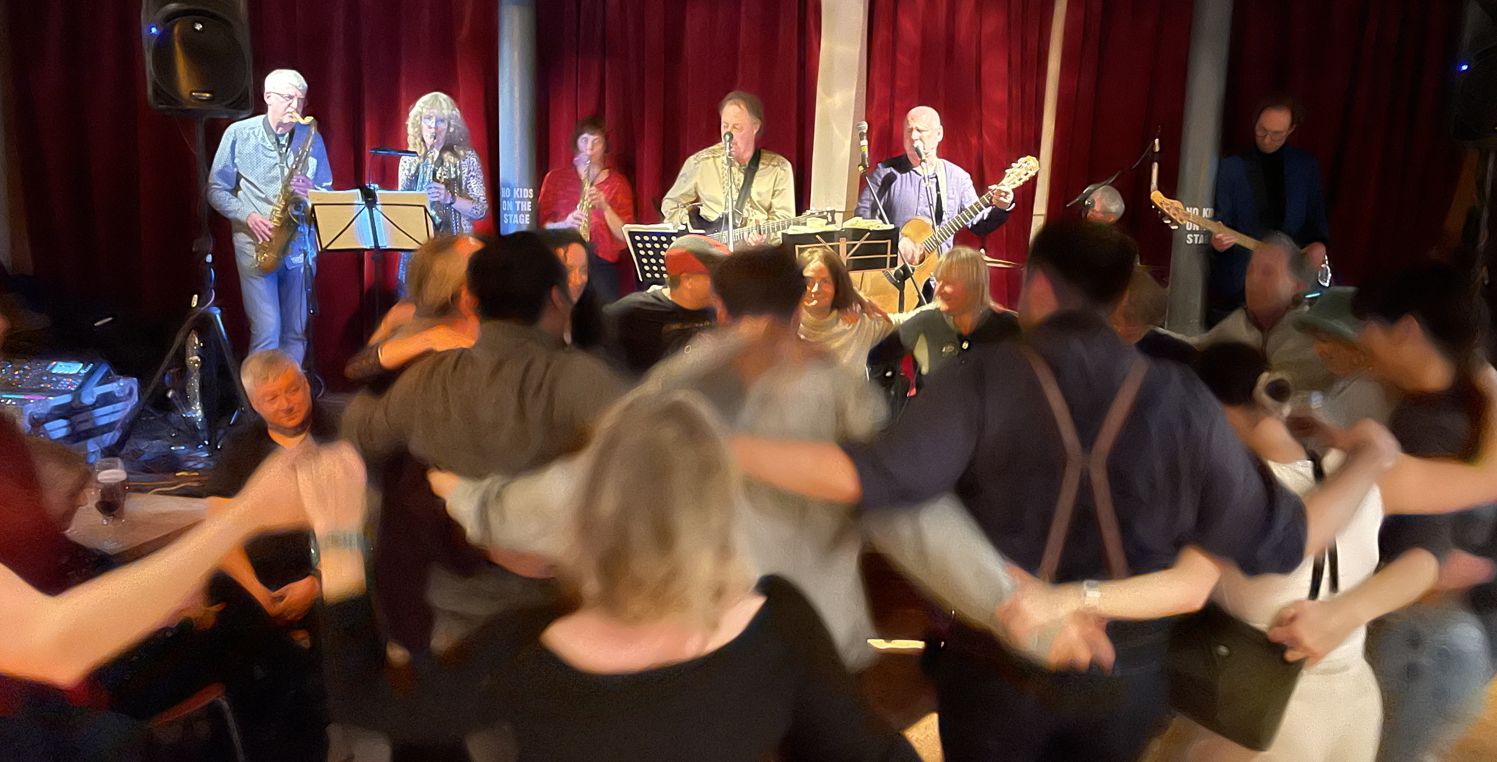 An eight-piece band - to get your feet moving!

Shallow Roots are a Bristol-based band playing (mostly) dance music fusing Afro, Caribbean, Spanish, Latin and Western pop. The combination of horns and guitars make a great sound. The music is intimate and gentle yet also rhythmic and highly danceable, while the (mostly) self-penned lyrics have a political edge - an uplifting take on the wider world and a realistic look nearer home. The players are Rob Vasey (guitar, vocals), Jonathan Hyams (guitar, vocals), Romilly Gibbs (soprano sax), Jamie Darwen (tenor and soprano saxes), Carol Arnold (alto sax), Adam Coombs (bass) and Jeremy Arnold (drums and percussion). The amazing voice of Rosalind Moreno-Parra can be heard as principal vocalist on some of the songs. Shallow Roots gigs often feature guest players too - so do come and enjoy the party!

If you would be interested in Shallow Roots playing at your event, then please click here to get in touch.

Listen now! ALSO ON SPOTIFY   AND ON TIDAL 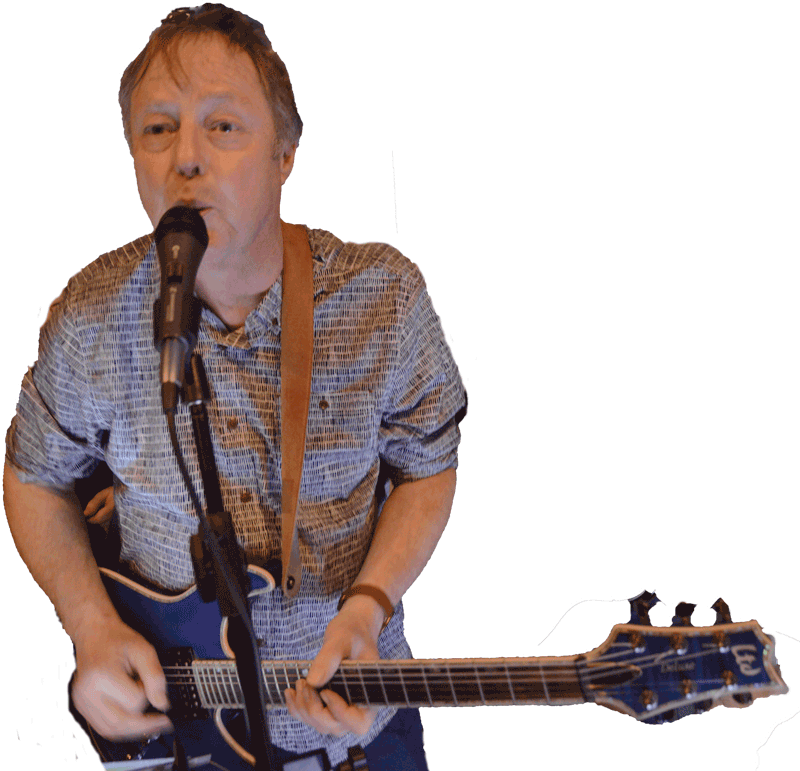 Jonathan initially formed Shallow Roots as a duo with Rob Vasey shortly after settling in Bristol in 2005. Jonathan has performed in and led many bands including The Afro Dizzy Acts, The Open Band, The Heartbeats and The Memos. He is the principal songwriter and arranger. 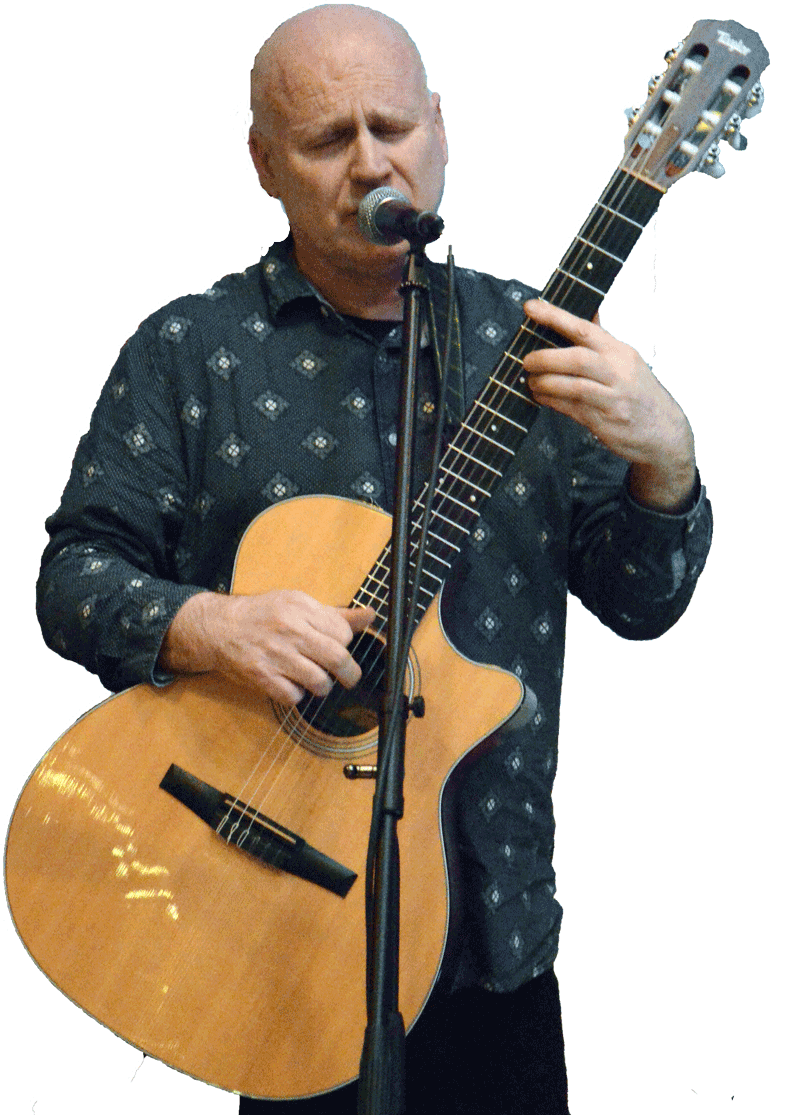 Rob started Shallow Roots together with Jonathan, from duo through trio, quintet, sextet and now 8-piece band. He provides a rich and percussive guitar as the essential backbone of all the songs. Rob is very active on the Bristol music scene and plays in several bands and is also a promoter. His own band is Neureille. He is a long-serving exponent of experimental post-punk and avant-garde song-writing. 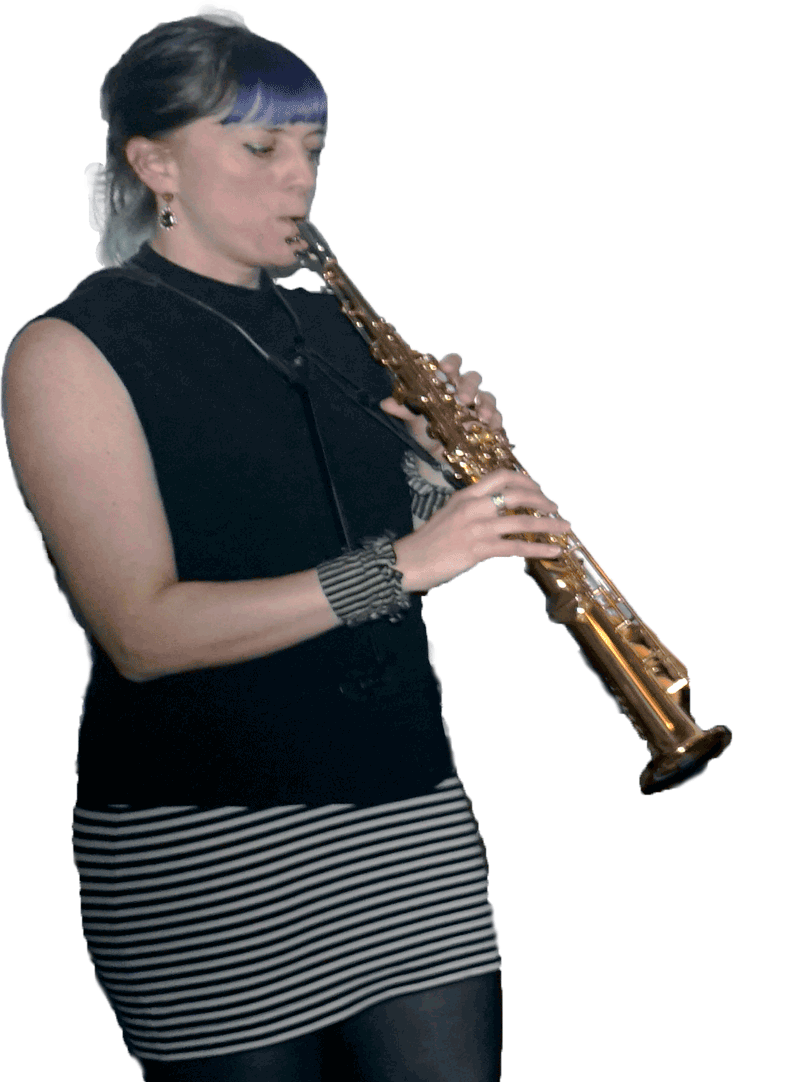 Romilly plays the wonderful soaring solos that are so distinctive to Shallow Roots. She plays a key role in the horn arrangements. She has been in several Bristol bands including Meet Your Feet. She has been with Shallow Roots almost from the start. She is a superb and very talented improviser. 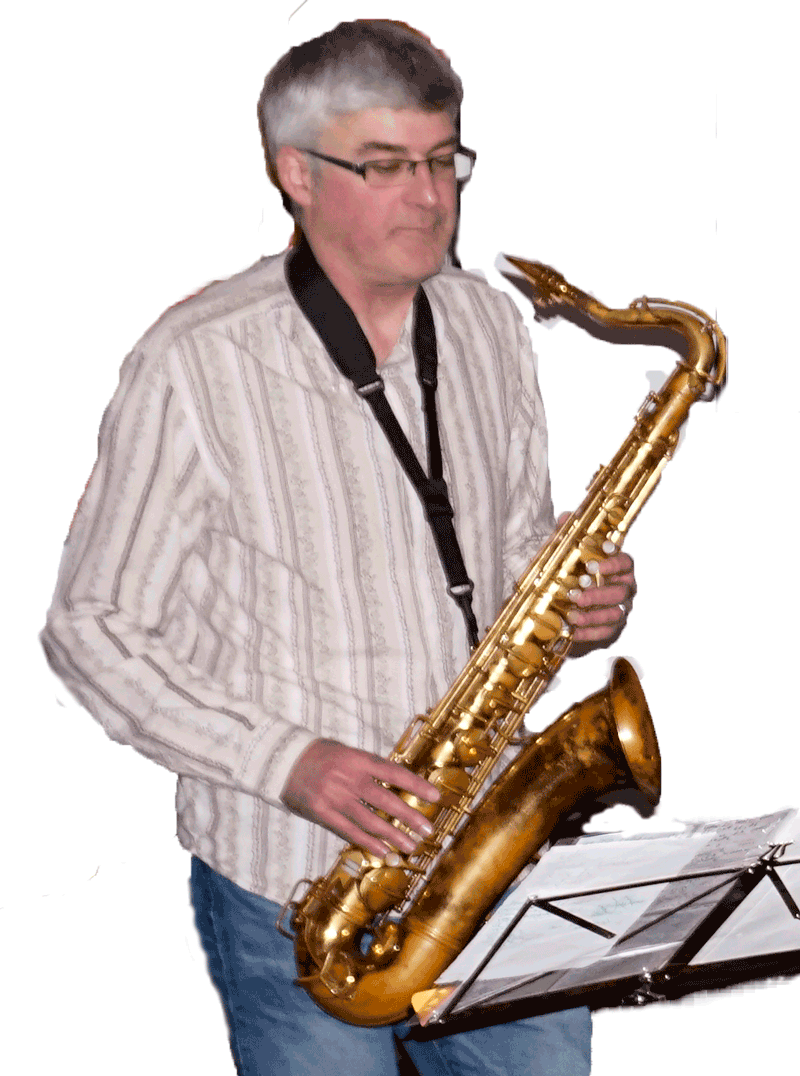 Jamie plays both tenor and soprano saxes and gives us that great gutsy sound with driving solos. 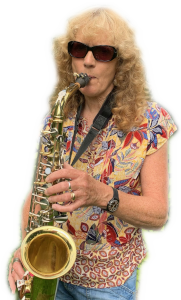 Carol brings the lovely mellow sound of the alto sax to Shallow Roots. She also plays in Mendip Swing Big Band, the Ambling Band, and Magna Jazz. Loves the sax harmonies, and the wonderful Latin, Spanish, and African rhythms of Shallow Roots. Rosalind's powerful and beautiful voice expands the character of the band’s sound. With her Spanish roots, she excels on many of our Spanish language songs. She loves Ladino and Spanish folk music and has her own band in Bristol. 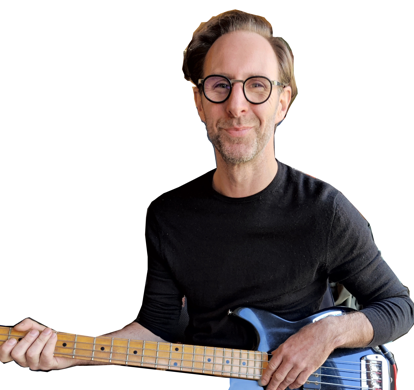 Adam joined the band in 2021. He has had a lot to do with Shallow Roots since its beginning - he produced quite a number of our recordings. Adam is a professional musician, composer and teacher - and a superb bassist! 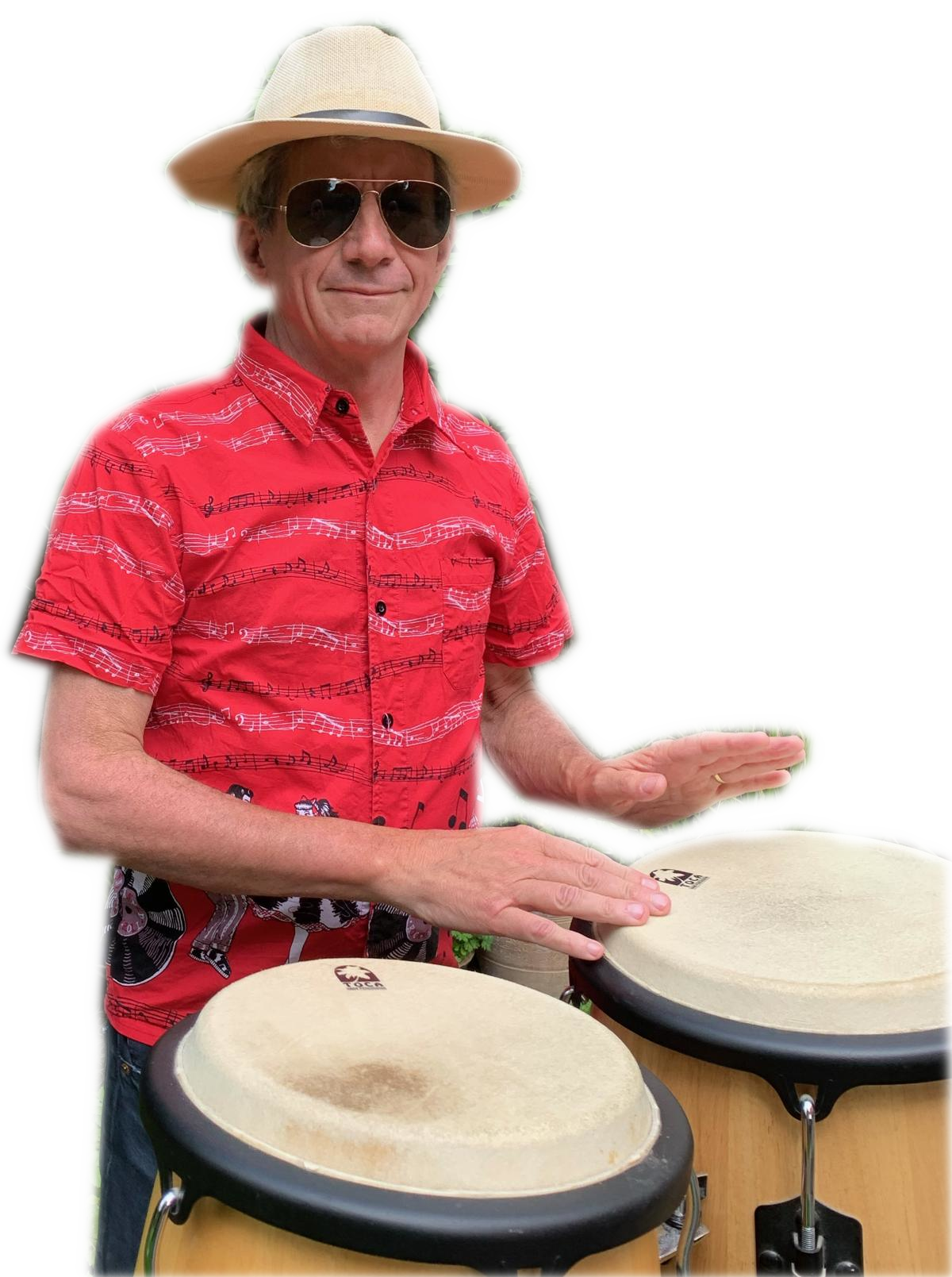 Jeremy plays drums, congas and cajon. He has recently joined Shallow Roots and is enjoying the opportunity. He is a highly experienced drummer having played with various Bristol bands over the years - punk, rock, funk, soul, and jazz.